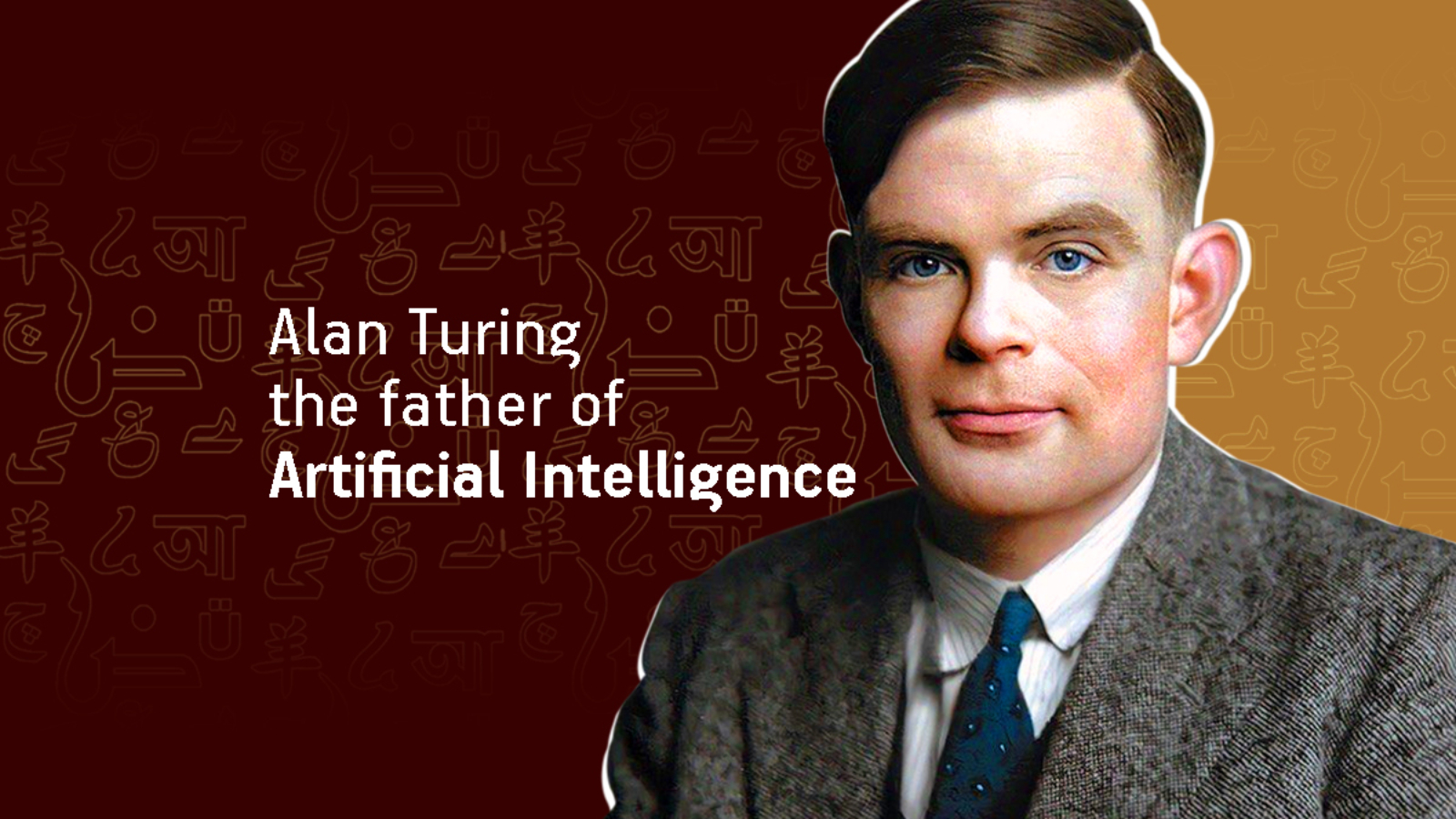 Alan Turing was a brilliant British mathematician who took a leading role in breaking Nazi ciphers during WWII. He is considered as the father of computer science and artificial intelligence. In addition to that, he is one of the most outstanding scientists of the twentieth century. He was a mathematician, logician, cryptanalyst and a philosopher.

The question is; can machine think? This is a really changing history question through which Alan introduced his believes about artificial intelligence. Alan once wrote: “I have no very convincing arguments of a positive nature to support my views.”. Therefore, Alan was definitely a man ahead of his time as he paved the way to one of the greatest inventions in the whole world.

In 1935, Turing provided an abstract computing machine containing a limitless memory and a scanner that moves back and forth through the memory, symbol by symbol, reading what it finds and writing further symbols. The actions of the scanner are dictated by a program of instructions that also is stored in the memory in the form of symbols. This is Turing’s stored-program concept.

In addition, Turing introduced the concept that machine can learn from experience and using the provided guidelines to solve problems and take actions. This is well described in the following sayings: “What we want is a machine that can learn from experience,” and that the “possibility of letting the machine alter its own instructions provides the mechanism for this.”

Furthermore, Turing has written a detailed report named “Intelligent Machinery” which includes most of his thoughts and believes about the topic.

A Turing Test is a method of inquiry in artificial intelligence (AI) for determining whether or not a computer is capable of thinking like a human being. The test is named after Alan Turing, the founder of the Turing Test.

On the same scope, Turing claimed that a computer could possess artificial intelligence if it can imitate the human reactions in certain conditions. Moreover, Turing test involves three terminals which are physically separated. One terminal is operated by a computer, while the other two are operated by humans.

Although, Turing is known as the father of artificial intelligence who paved the way for the topic but he has died before the term was coined in 1956 by John McCarthy, two years after Alan Turing’s death.